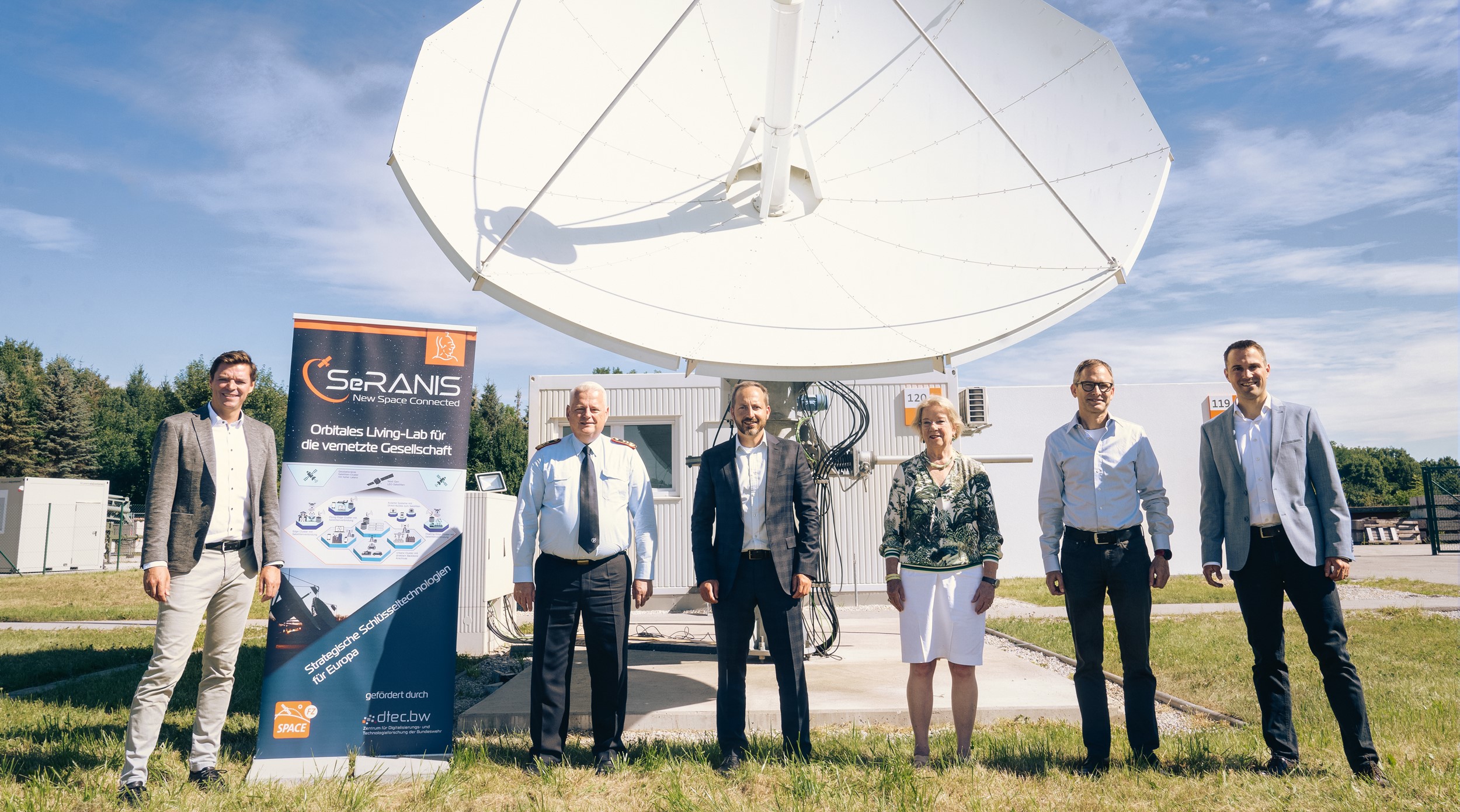 Lieutenant General Vetter on knowledge and technology transfer through SeRANIS

On July 13, 2022, Lieutenant General Michael Vetter, Head of Department Cyber and Information Technology and Chief Information Officer at the German Federal Ministry of Defense (BMVg), visited the Universität der Bundeswehr München (UniBw M) to learn more about the dtec.bw. The event kicked off with a meeting with the President of UniBw M, Prof. Merith Niehuss, Prof. Roger Förstner (Head of the SPACE research center), Prof. Andreas Knopp (Head of the dtec.bw lighthouse project SeRANIS) and his team.

During a Bavarian breakfast in the open air on the SeRANIS antenna field, the parties first exchanged views on the relevance of the dtec.bw in general and agreed: It must be possible to draw the attention of industry to the cutting-edge research at the UniBw M and to promote scientific partnerships through the ongoing dtec.bw projects.

Regarding the SeRANIS satellite mission, Lieutenant General Vetter praised in particular the speed with which the project is being driven forward: In a record time of just three years, 15 complex research experiments are being designed and executed for and around a satellite platform. The satellite is scheduled to go into orbit in 2025. Some success stories could already be presented at the meeting, such as the fact that the mission has completed an extensive System Requirements Review (SRR) in just one year, more than 40 employees have been hired as part of the project, and the promotion of startups is currently being implemented as part of the “SeRANIS x founders – Challenge”. “In terms of the academic progress of the project, we are not afraid of any comparison”, said Prof. Knopp.

Innovation interface between industry and the Bundeswehr

The SeRANIS team around Prof. Knopp convinced Lieutenant General Vetter of the way in which the dtec.bw project SeRANIS enables UniBw M to form an innovation interface for future-oriented technologies between industry and the Bundeswehr. Lieutenant General Vetter particularly emphasized the importance of explaining and clarifying the benefits of concepts such as SeRANIS to the public and politicians.